Why C+ Students are the Best Leaders 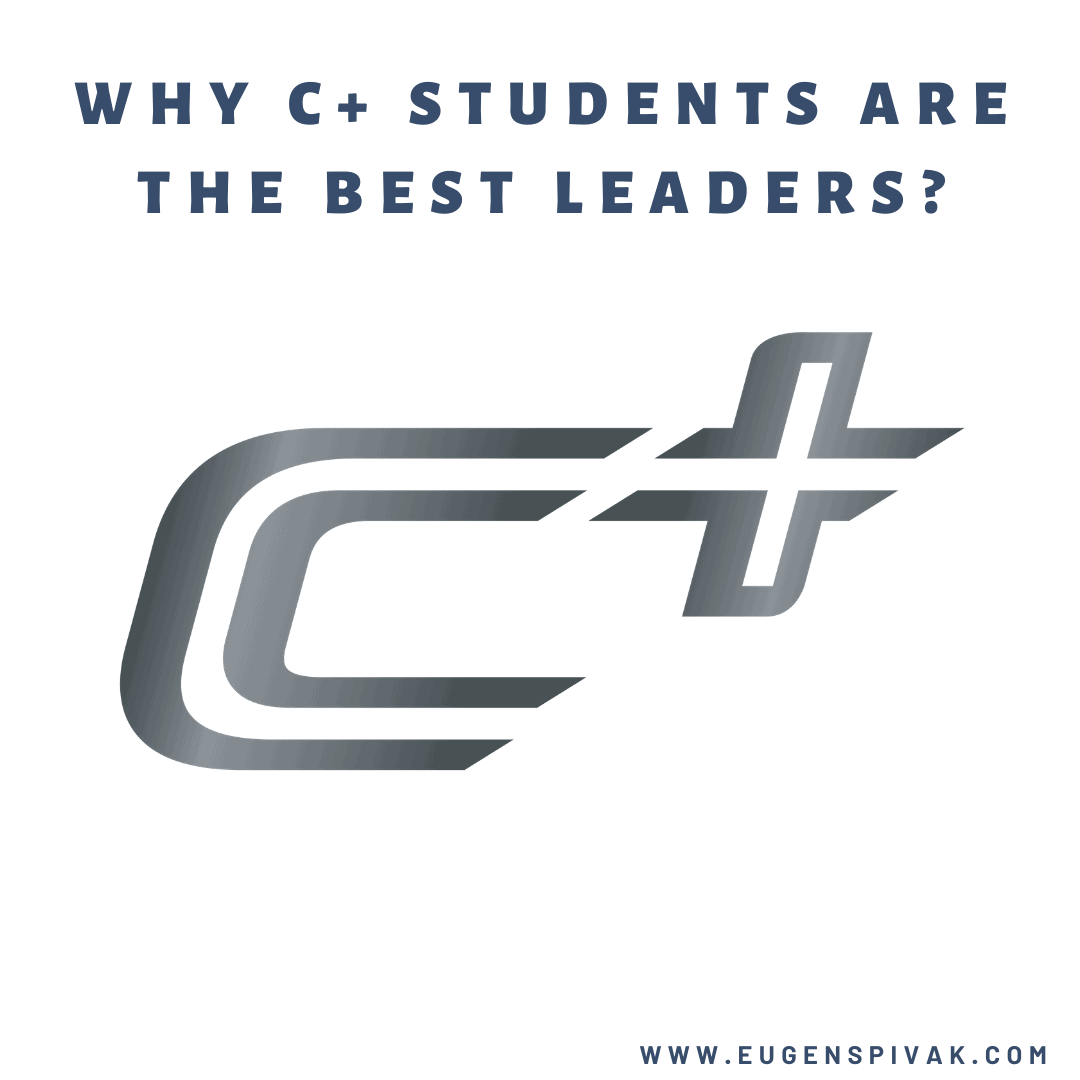 “All our problems come from us being controlled by a C+ student,” we often hear such a phrase from people who are upset by the narrow horizons and non-brilliant knowledge of politicians and businessmen. They are not mistaken; this is true: more than 50% of the CEOs of companies from the Fortune 500 list graduated from university with an average C score of three, and the GPA score of American millionaires is 2.9 / B. Why? Just the link between intelligence and leadership potential is almost absent, scientists from the University of Lausanne (UNIL) found out.

Swiss scientists conducted a study by testing 379 middle managers from 30 European countries. First, the managers passed the IQ test, then the researchers assessed their leadership potential, and then compared the data. It turned out that the average IQ of leaders is 111 points, which is expected to be above the average IQ of 100; and high IQ really has a positive effect on leadership potential. But it turned out that this rule works only up to the level of IQ 120. After that, the correlation between intelligence and leadership qualities unfolds, and the connection of extremely high intelligence (IQ 128 and higher) with the least effective leadership styles is statistically obvious. This means that smart people do not make outright nonsense, but it is more difficult for them to apply a more diverse palette of effective approaches to leadership. Why does it happen?

Firstly, too smart people have objective difficulties in communicating with other people. Since they understand very quickly, in most cases, it is difficult for them to conduct a dialogue with an interlocutor who has not yet reached the essence of the question. They simply do not understand the problems of most of their colleagues, while at the same time, they seem too clever to their colleagues.

Secondly, intellectuals are very often inferior to less intelligent comrades in soft skills. That happens because they did not have the opportunity to develop soft skills: for example, at school, they simply did not need them. After all, to become a successful student or a student, you need to solve problems thoroughly and quickly. After university, completely different skills are already required: the ability to negotiate, represent yourself, tell stories, build connections, organize other people. And to be a leader, you need to have developed emotional intelligence, to be able to influence. Therefore, those people who were in the background in the background did not study well and were forced to continually spin, to find a way out of difficult situations, benefit.

Thirdly, too smart people, in principle, it is challenging to take a leadership position. They often lack self-confidence, and the team, in most cases, accepts as the leader, the one who fits the image of the leader. Too smart people often suffer from perfectionism and experience “impostor syndrome.” They often feel that their own success is random, and their qualifications are lower than what is required. Even Shakespeare said that a fool thinks he is smart, and an intelligent man knows that he is stupid. Such uncertainty is easily read by the team and leads to the fact that the “A+” are not perceived as potential leaders, and they do not seek to lead people, believing that they are not ready. And a “C+” just goes ahead, breaks the rules and does business, no matter what.

The UNIL study confirms: it is impossible to evaluate candidates for managerial positions solely on the level of intelligence. IQ – a kind of “hygienic” minimum, which is necessary, but still not sufficient. Again this brings the question about the adequacy of our educational system. The system always encourages the intellect to the detriment of other vital skills and does not prepare people for real life.

So do not believe your parents. Yet, if you do not have a very high average mark, this does not mean that everything in life is lost.