9 Disruptive Technologies That Will Permanently Change the Business Landscape

What are the Disruptive Technologies? 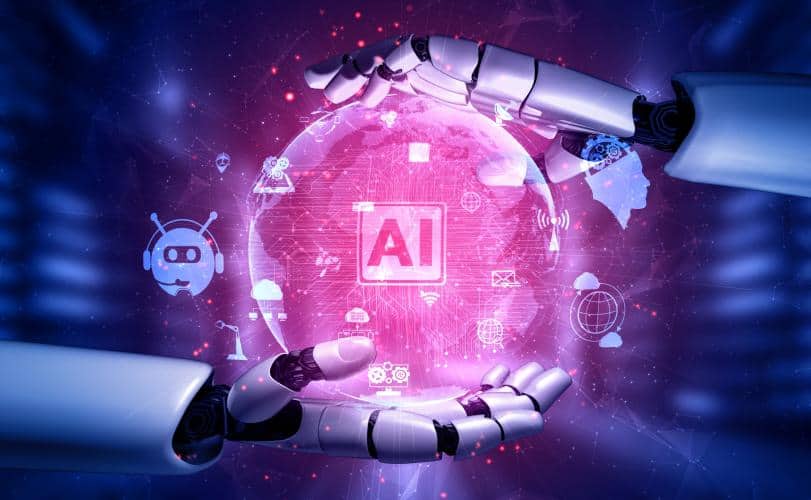 While Uber correctly is a phenomenal innovation, it’s not a disruptive technology. Instead, it’s a sustaining innovation, invariably meaning that Uber ostensibly represents only an incremental improvement on the existing taxi industry.

The fundamental principles of disruptive innovation allow companies to take a step back and analyze their current products and services and determine which areas can be meaningfully improved.

Here are 9 disruptive technologies to be on the lookout for in the next three years.

A digital twin is the virtual double of a product or service. The physical/virtual duality brought by the digital twin would make it easier for project owners to solve problems even before they happen and forecast accurately by simply using simulations. 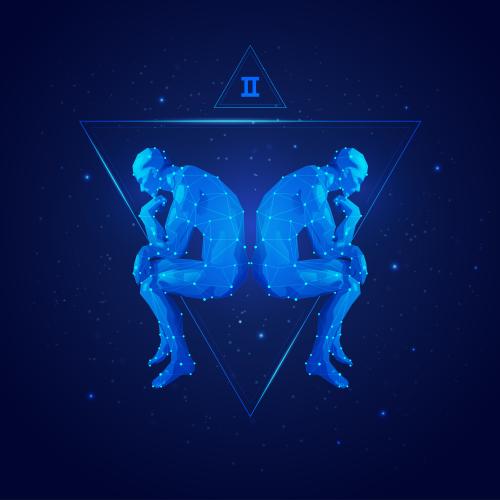 Through its replica, the digital twin feeds information back to the product designers so they can understand if the features really fulfill the end user’s requirements, allowing what was designed to improve and innovate better to assist them in providing impeccable products.

With the rise of innovative technologies like voice, advanced machine learning, the far-fetched promise of devices that seamlessly integrate into our lives will finally become a reality. This will lead to advancements in machine learning. 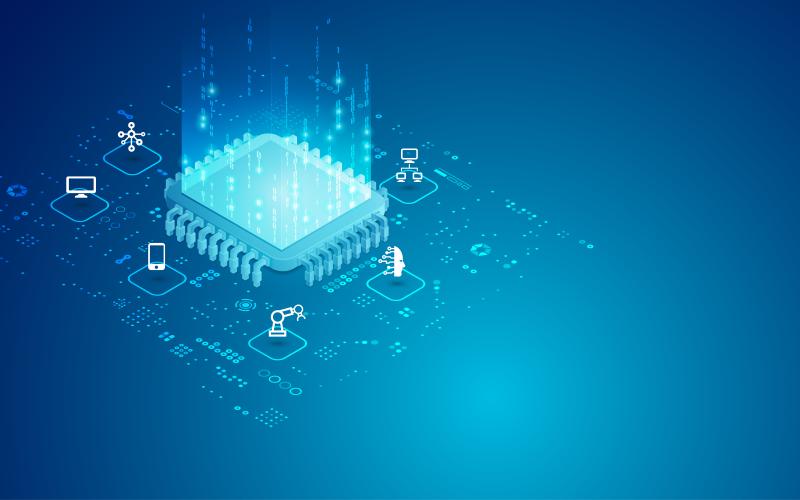 Computing devices are already a significant part of our activities. We feel at a disadvantage and lose efficiency when we do not have technology devices. Slowly but steadily, diverse technologies are converging, each with the limitless potential to appreciably reduce this mental capacity overhead: Virtual Assistants, Artificial Intelligence, Natural User Interfaces (such as VR and AR), and Ubiquitous Personal Information.

Eventually, invisible computing will completely alter how computing devices are part of our everyday lives, progressively reducing the amount of ‘mental computation’ we need to operate them and hence freeing our minds to focus on the things that matter.

According to Science Daily, A quantum computer is any device for computation that makes direct use of distinctively quantum mechanical phenomena, such as superposition and entanglement, to perform operations on data.

Quantum Computing is a theoretical concept born in the early 1980s. 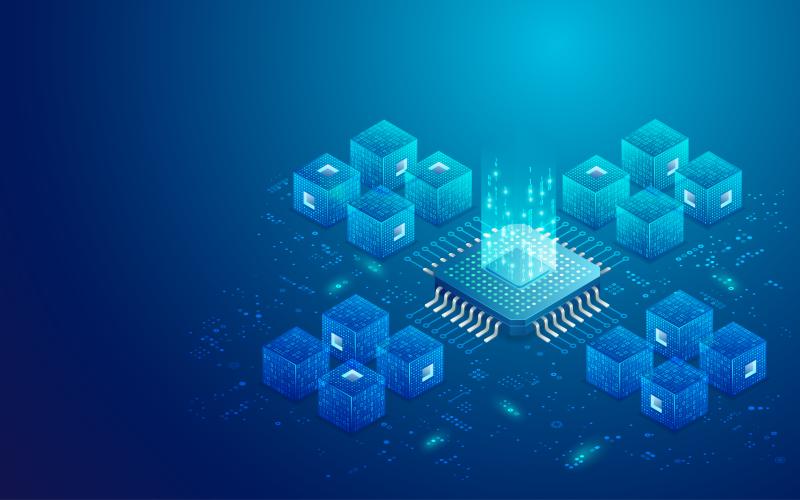 Quantum computing will naturally offer unprecedented opportunities to those who grasp it while raising increased threats to those who cannot access it. Its considerable advantage remains its ability to execute some types of Quantum algorithms exponentially faster than the most attractive classical computing alternative. 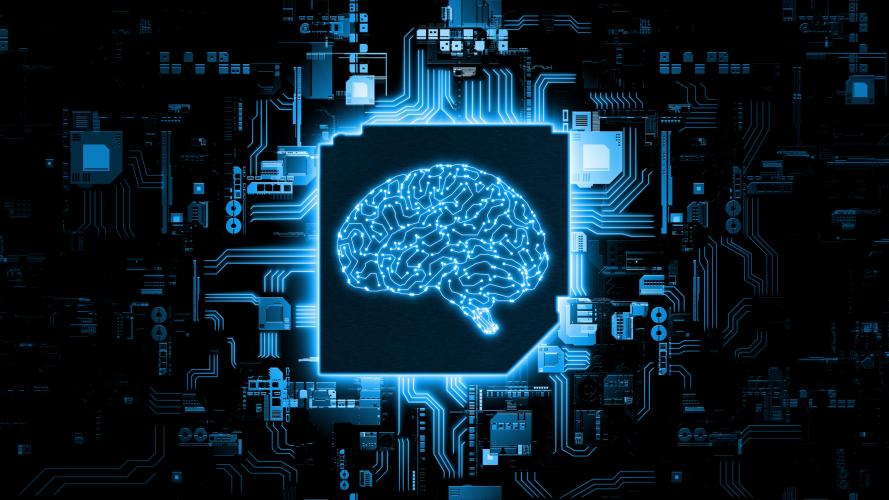 Biocomputers are computers that use systems of biological molecules like DNA to carry out computational calculations that include storing, retrieving, and processing data.

They leverage the operational capabilities of living beings, relying on nanobiotechnology to engineer biomolecular systems that amply provide computational functionality.

Biocomputers may offer an alternative to silicon-based systems that are potentially faster, smaller, and more energy-efficient for some specialized problems, potentially offering massive parallelism, massive storage, and elevated Artificial Intelligence levels alongside low-waste and low-energy usage.

They may additionally provide a whole new field of a key innovation in healthcare and life sciences, such as for detecting cancerous activity within a cell and releasing an anti-cancer drug upon diagnosis.

Privacy Enhancing Technologies are innovations that are protecting or masking personal data (whether employees, customers, or citizens) to comply with data protection legislation and sustain customers’ trusted relationships.

This technology not only secures very sensitive data, but they also shield the very personal information such as purchasing habits, interactions interest, social connections, and that online users are careful to keep private. 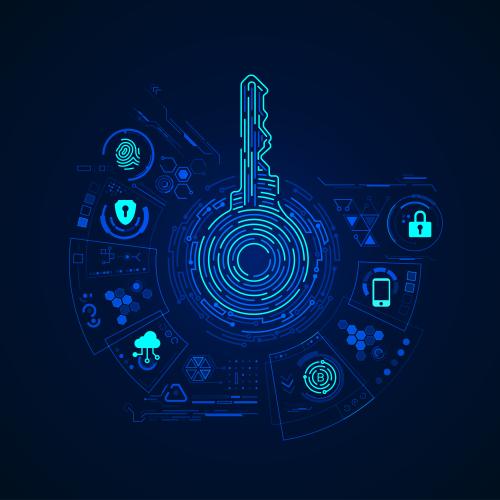 You can typically use PETs in several scenarios like commerce, finance, telecom, public services, and healthcare.

Cognitive computing might produce a transformative impact in every kind of organization. It may allow machines to take over mundane activities, transforming jobs, companies, innovative industries, markets, and evolving economies. 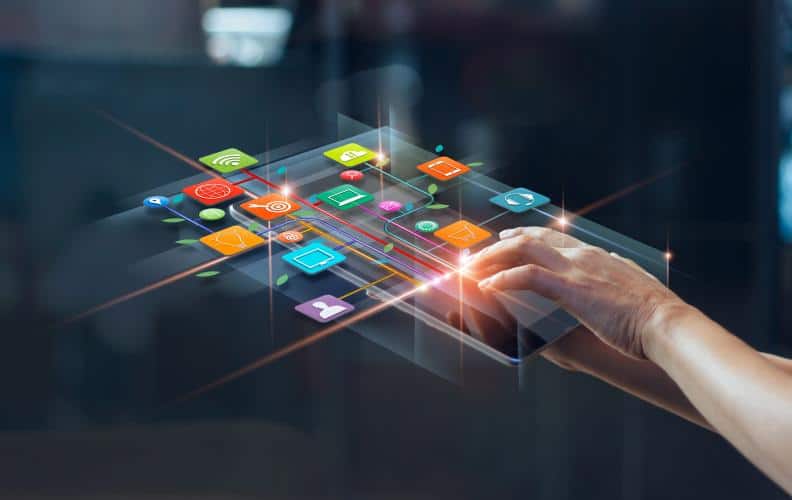 This redefines the nature of the relationship between people and their increasingly pervasive digital environment and also opens the door for unprecedented opportunities and business models around cognitive modeling, human touch interpretation, and more.

Cognitive computing is presently gaining traction with many cloud-based services, providing the essential building blocks that allow companies to integrate this capability in their business systems quickly.

Swarm intelligence (SI) is the collective behavior of decentralized, self-organized systems, natural or artificial. The concept is employed in work on artificial intelligence.

The expression was introduced by Gerardo Beni and Jing Wang in 1989, in the context of cellular robotic systems. 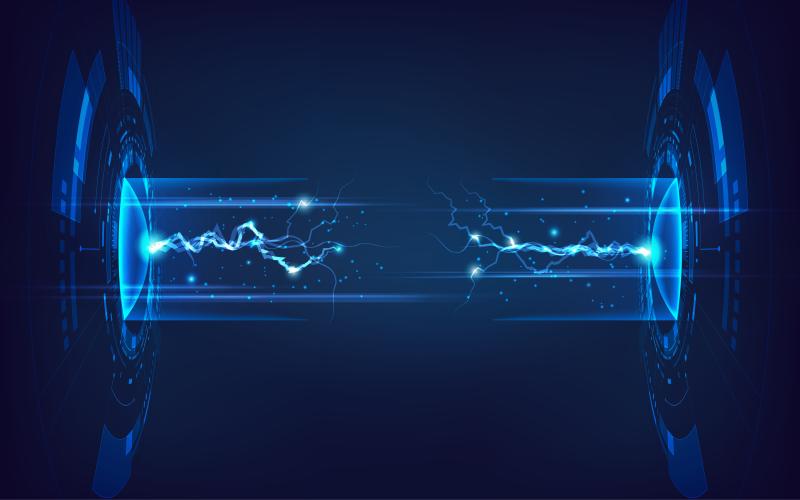 Swarm computing is also referred to as the emergent collective intelligence of groups of modest agents exhibiting self-healing characteristics, self-configuration, and self-optimization. It is a group of similar elements (the swarm) behaving through mutual interaction to realistically achieve a successful outcome as a collectivity.

Swarm computing is a concept and reference architecture. Swarm will provide value in use cases requiring dynamic alliances among rich IoT devices, Edge, and Cloud computing.

Autonomous vehicles are an emerging field arising from the interaction of vehicles and robotic capabilities, like, context awareness and autonomous decision-making using AI.

These self-driving vehicles typically rely on these innovative technologies to drive themselves while sufficiently recognizing and invariably responding to their surrounding environment. 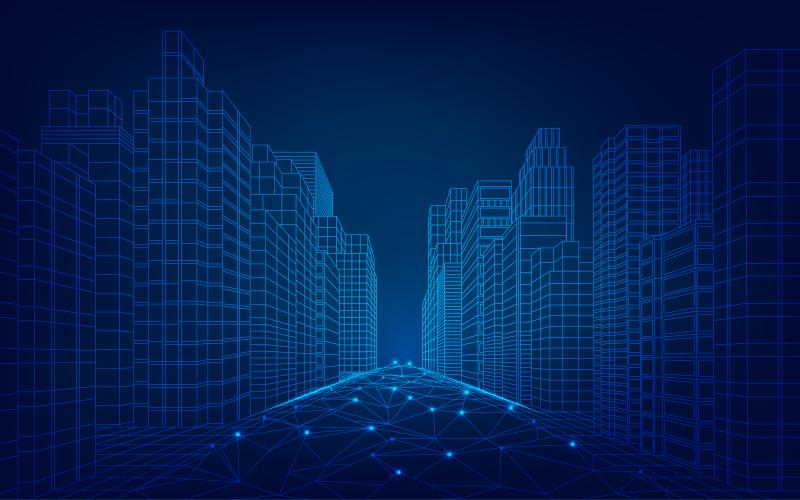 Besides personal transportation, including the autonomous and semi-autonomous cars created by the big technology companies, autonomous vehicles carry out a key role to play in industrial surveillance and transport along with urgent, specialized transport — especially in harsh, wide, or difficult to access environments like mines, pipelines or traffic jams.

This is an application of distributed ledger technology that’s has been the rave over the last few years. It’s set to disrupt most modern industries worldwide.

They developed Blockchain through its initial application, Bitcoin, to disrupt the banking industry, in which ledgers are, by definition, highly centralized in a bank or consortium of banks.

Blockchain served the specific purpose of sufficiently establishing a trustless economy through its cryptographic and decentralized components, accurately rendering the possible need for third parties of traditional financial transactions useless. 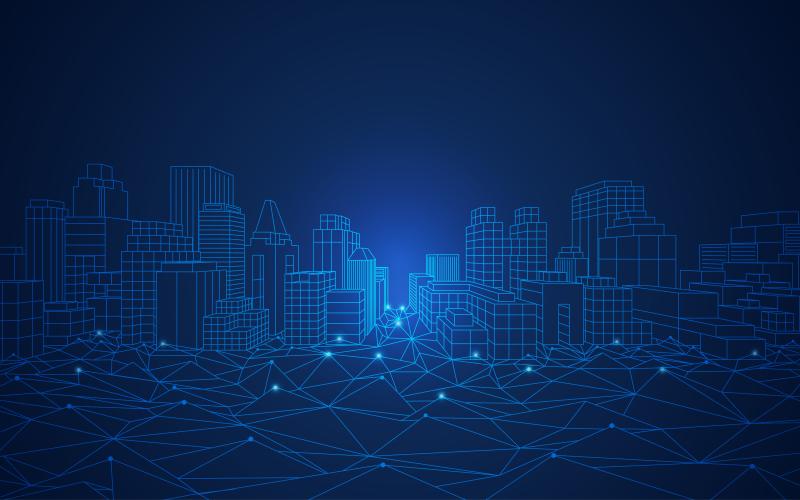 The goal was to facilitate faster transactions, free from control, and the risks of a sole point of authority.

Blockchain is a potential game-changer for efficiently conducting business with parties without prior trust relationships or where a trusted third party was previously required.

It not only provides a completely transparent and secure alternative to a centralized ledger maintained and controlled by a single trusted entity but also enables the emergence of industries where a central ledger was needed but very difficult to put in place – including industries where a very great number and considerable variability of peers are required to conduct business.

Blockchain has no unique point of failure and will not be shortchanged, making the digital information stored within it both reliable and secure document Blockchain can be used in almost all of the IT business verticals from, but not limited to, mobile payments, bookkeeping, and cryptocurrencies to securing virtually any types of records and transactions: intellectual property, and digital identities.

Which of these disruptive technologies will affect your business in the next three years?

Need our help in vetting your business ideas and their implementation strategies? 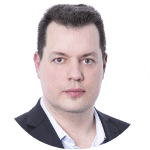 Eugen Spivak is a multi-award-winning author, business strategist, and a business coach. Eugen is the founder of the Canadian Institute of International Business, an organization dedicated to bringing practical and hands-on business education for modern business leaders. 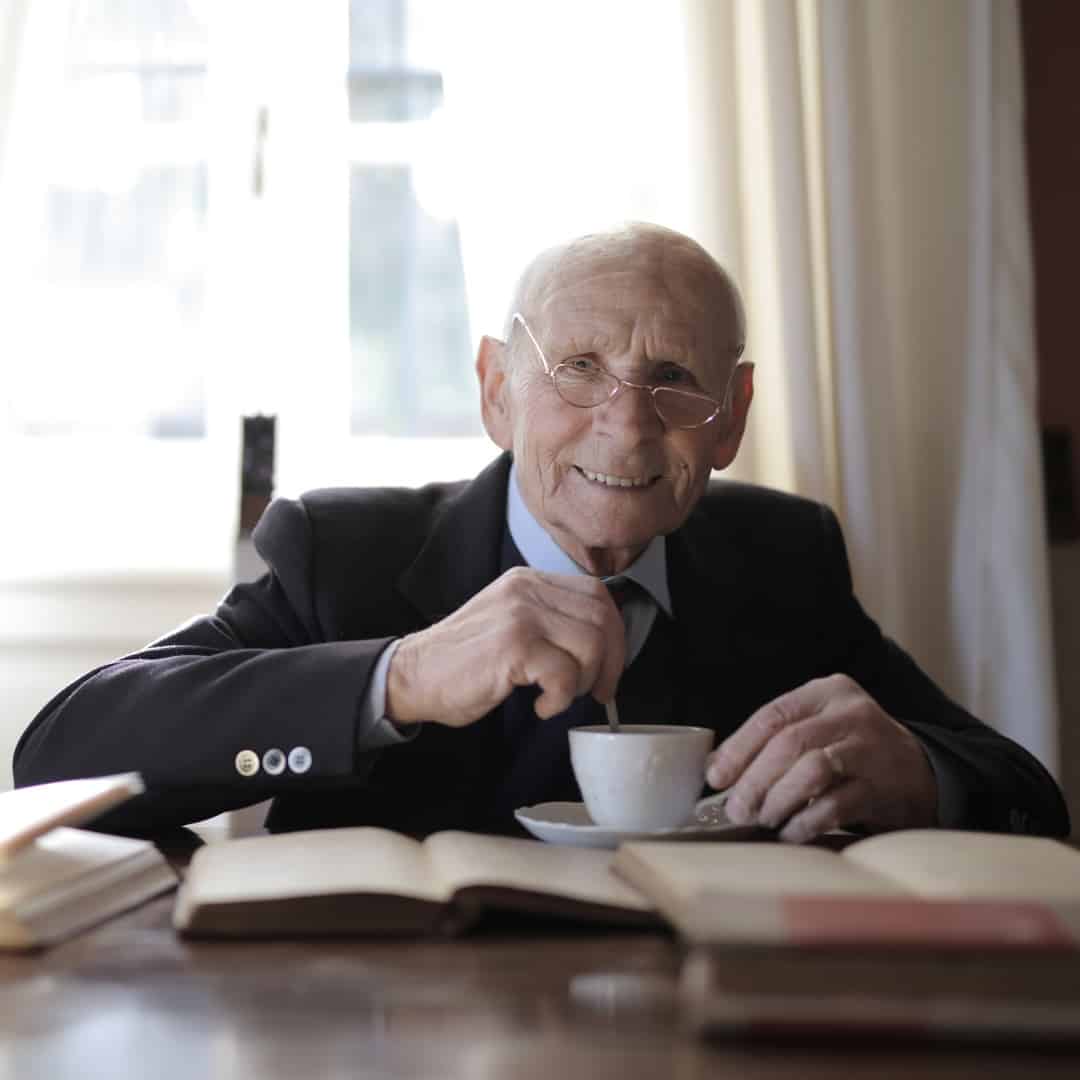 4 Books That Can Help You Become a More Empathic Leader 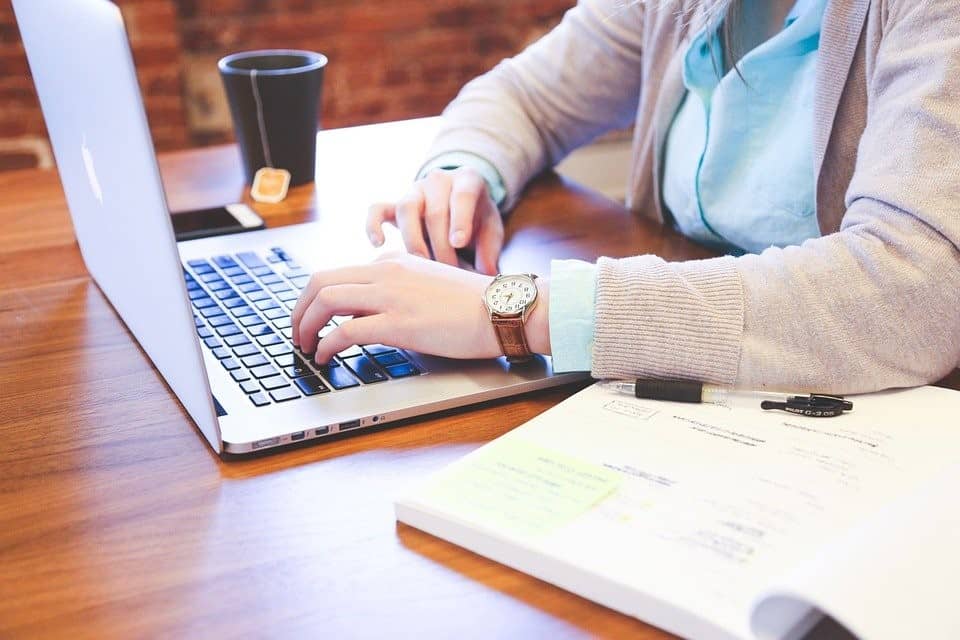 5 Questions to Ask When You’re Starting a Business 12 Strategies to Improve Time to Market